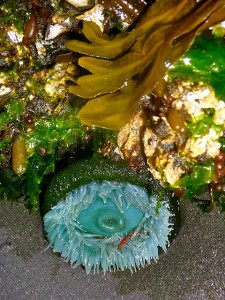 Scientists and marine nutritionists have been researching the world’s oceans and waterways for the next generation of drugs, biologics, and even medical devices. Dozens of promising products, including cancer therapies made from algae and a painkiller taken from snails that early trials have shown relieves some of the worst kinds of chronic pain, are in development at research laboratories right now. In fact, there are three FDA approved products already that have brought the healing power of the sea successfully into the world of public health.

Natural miracles from the sea have been used in many medical applications to date. For example, the rigid exoskeletons of marine coral can fill voids caused by fractures or other trauma in the upper, flared-out portions of long bones. Also, this particular type of coral has been approved as implants for bone loss around the root of a tooth and in certain areas of the skull. Scientists are examining the metabolites of single-celled plankton called dinoflagellates, which National Cancer Institute tests have shown to have cancer-fighting potential.

And, in our quest to find the proverbial ‘fountain of youth’ scientists are researching compounds called pseudopterosins that are extracted from the Caribbean sea whip, a type of coral that resembles shrubbery on the sea floor, to be used in age-defying skin care products to minimize the appearance of wrinkles and treat skin irritations.

More recently, scientists have shown that seaweed is up to 60 times more potent than its land-based counterparts. However, cultures such as Japan and Korea have known the powerful health benefits of sea vegetation for centuries. Cultures that traditionally have eaten seaweed-based diets have historically shown fewer instances of obesity, diabetes, Alzheimer’s disease and other degenerative diseases. Also, studies of large groups of people who eat seafood and algae regularly tend to show that they have less breast cancer than those who eat more meats. Women in Japan, for example, have a lower risk of breast cancer than women in the United States.

• Phytochemicals (which have been linked to a reduced risk for cancer), and more iodine (which helps maintain proper thyroid production).
• More nutritive value, boasting more antioxidants (which reduce cell damage that causes aging and disease).
• Potent vitamins and minerals for healthy skin, eyes, liver and bladder.
• Natural properties that rid the body of impurities.

So, while most people associate the sea with a place to go for fun and relaxation, it’s also a wonderful asset to those looking for younger skin, a stronger immune system, better digestion, more energy, a sharper mind, reduced risk of heart disease, increased metabolism and even prevention against certain cancers.

Natural Cures from the Sea

One such supplement that provides all the nourishing benefits of the sea is Tidal Greens, a powerful multi-nutrient seaweed blend. Tidal Greens is a proprietary formulation that harnesses the ocean’s power for superior health and uses the most pristine ingredients. Though seaweed is a valuable addition to your daily diet, as any physician will tell you, a proper diet should contain the right combination of nutrients. The Tidal Greens formulation takes a comprehensive approach and includes several land-based extracts as well, helping you boost your energy and metabolism while also supporting healthy bones, joints, blood sugar levels and heart health that is a distinct advantage over other multivitamin type supplements.

Each day, scientists produce more and more evidence that our oceans yield the most effective natural cures available, if not some miracle cures. The wide range of seaweed health benefits keeps mounting and its healing properties continue to be studied by the scientific community. So, as the country continues to head in healthier directions and look for natural cures, it’s important to remember that the oceans contain valuable assets for maintaining your health and vitality.